New interface for submitting in HAL: a first assessment

Last september, you discovered the new simplified procedure for submitting in HAL: a new design, fewer required metadata and an improvement of the retrieval of metadata. Since then, more than 63 000 submissions have been done. This represents an increase of 29 % compared with the same period of the previous year.

As part of a project of the License DIST (Data and Scientific and Technical Information) of the University Claude Bernard Lyon 1, a group of four students surveyed last March researchers working in laboratories attached to this university. The results are rather positive: a majority of the 82 respondents feel satisfied with the new interface. 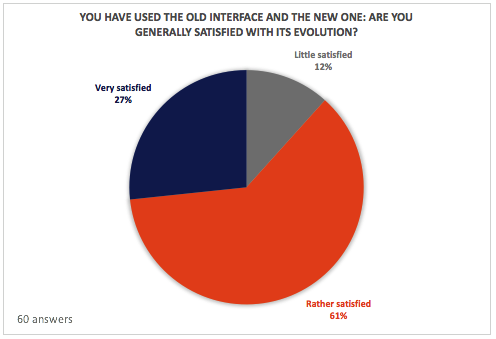 On the whole, it is considered easier to use and appreciated for its new ergonomics and the fluidity, including the free navigation between sections. The submission is considered simpler and faster. 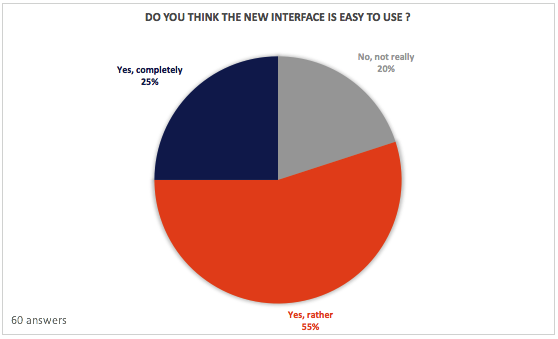 The new interface opens by default on the simplified view which displays only the required fields. This novelty is widely appreciated even if less than one in five survey respondents uses this simplified view exclusively. It is considered easy to use. The detailed view remains, for its part, well evaluated for its completeness. However, the features related to these 2 views certainly lack visibility:

Overall, our users appreciate the new ergonomics and some would even like to customize the simplified view according to the fields they have to fill more often (ex.: ANR project, Labex, etc.). 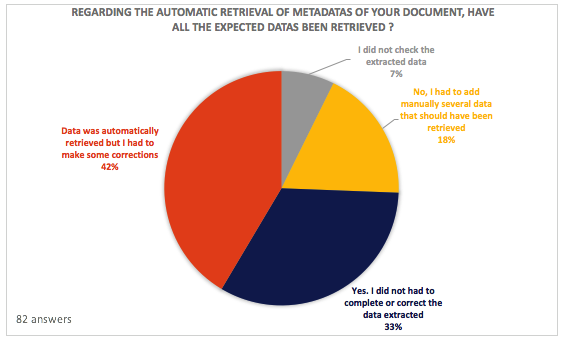 The suggestion of a probable affiliation is also a novelty intended to simplify the submission. Most users surveyed are satisfied and confirm that there is usually no error. Some even rejoice that sometimes “there is nothing more to do !” 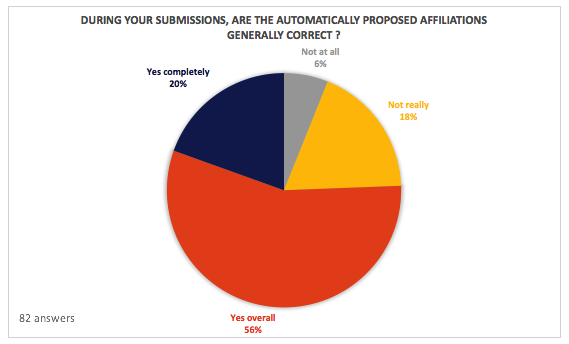 However, the survey shows persistent difficulties:

E-mail alert preferences and shared ownership: if the submission is considered faster it is largely thanks to the simplification of the process. Let’s recall that now the affiliation of a single author is sufficient to validate the submission. In return, the new alert system allows each user concerned by a submission (co-author, referent structure, etc.) to obtain, in a simple click, the property sharing. Each can thus be notified and come to view and complete the metadata.

Users can choose whether or not to receive these notifications by setting their e-mail alert preferences (in “My space” and then “My profile”). This new feature is very well received: more than 92% of survey respondents believe that receiving an alert when identified as a co-author is very useful. Some respondents, however, note that modifying an old submission created by others remains difficult. Indeed, notifications and automatic property sharing only apply to submissions made since september.

It is therefore a first positive overview that researchers from Lyon1 University gave to us. We thank them very much for their participation in the survey. We also thank them, for their availability, the administrators of the portal HAL Lyon 1, opened in January 2018